The meeting of the Italian technical and commercial network of Fenix ​​took place from January 26 to 28 at the prestigious Hotel Eremo della Giubiliana in Ragusa, Sicily, on the occasion of the 10th anniversary of the Sicilian seed company. The three-day event consisted of meetings and field visits. During these, the company’s achievements were analyzed, short and long-term strategies were described, and commercial and development varieties about to be launched were presented, in addition to a brief overview of the company’s history.

During the 3 days of meetings, many companies were visited where commercial and under development products were presented

Fenix ​​was born in 2012 from the experience and professionalism of Francesco Loprevite and Ivana Marchese who decided to join their skills after many years of teamwork in key roles for a leading Italian seed company.

The company name and logo are reminiscent of the myth of the Arabian phoenix. It is no coincidence: the mythical creature rises from its ashes after its death, just like Belpasso, which has suffered several eruptions over the centuries. At the foot of the Etna volcano, you will indeed find the location of the company. 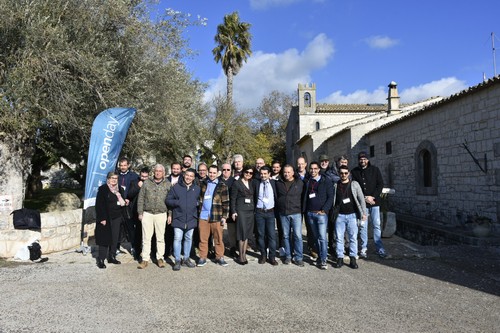 The Fenix ​​​​team in front of the historic structure. Click here to enlarge.

In the same way, the wish of the founders of Fenix ​​​​is to give birth to an ambitious project, using their previous and valuable experience and the work network they have built over the years, made up of professionals and companies highly specialized in genetic improvement. of professional vegetables.

“10 years have passed, and we want to consider this achievement as the starting point from which we want to move forward on the many development projects that will characterize the coming seasons,” says Ivana Marchese, CEO of Fenix ​​​​and General Manager of the sales. 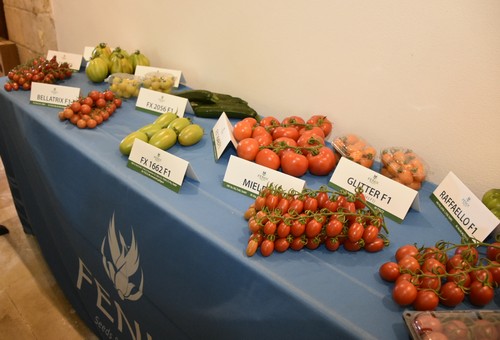 The company, which has always traced increasingly growing trends, comes to the end of the ninth year of activity with a 55% increase in turnover and an even higher projection for the tenth year. It is the result of a series of research projects and investments on tomato, basil and rootstocks to which the company adds new species such as onion, pepper and zucchini. On this occasion, a tomato exhibition was set up with the new varieties which were then presented directly in the field.

Among the biggest news, the focus is on the new FX 1597 F1 mini plum, suitable for winter transplants from October and ahead in Sicily, the FX 1459 F1 beef heart, which shows great homogeneity in size on the different stages, the full elongated resistance FX 1662 F1 and the highest quality zucchini 2056. These are the items that Fenix ​​will bring to market in the coming months. 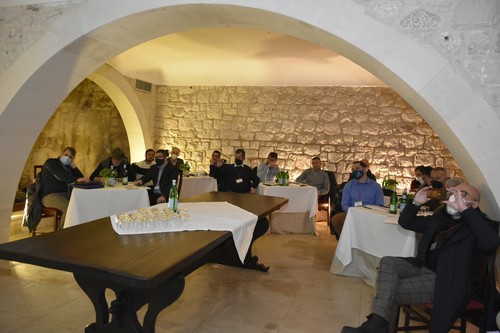 A moment from the meeting held in Ragusa

Friendly and funny moments were not lacking, as well as the presence of a special guest, Roberto Lipari, an Italian actor, specially invited for the final gala evening. Today the Fenix ​​brand is widespread in Italian territory, where the company is present with its technical and commercial network, but even abroad thanks to the direct development work and the cooperation established with some distributors.

In addition to the main facility, five years ago the company inaugurated an experimental base in Pachino (Syracuse), on the ground of the GPI, where it carries out several variety screenings, advancing an important part of the research for the Mediterranean region. A team of agronomists refines the cultivation techniques of the varieties in order to be able to provide farmers and its own network of distributors with the support necessary for successful cultivation.

Indeed, Sicily represents a unique place for the selection of the most precious and refined plant materials. The strong variations in winter temperatures combined with the exceptionally hot summer, the salinity of the water and the strong selective pressure exerted by the various pathogens, make this region a difficult test bed that can only be crossed by high-performance varieties and hardy plants able to adapt to different growing conditions. 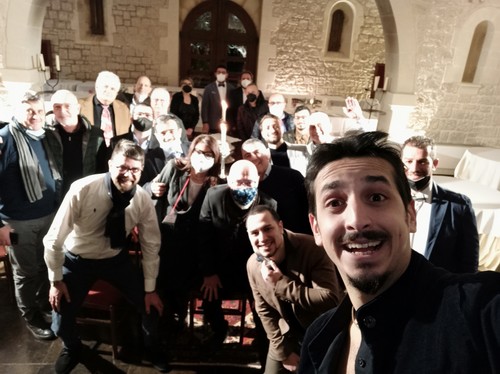 A surprise for all the guests of the Fenix ​​meeting, the presence of the famous Italian comedian, Roberto Lipari

“Research and selection have always been at the heart of Fenix’s life. Thanks to a solid protocol that we have built and refined over the years, we have brought to market many varieties characterized by the highest genetic value such as the Miele F1 and Kendall F1 Italian mini tomatoes, which led Fenix ​​between the main players in the Italian tomato market and not only, basil hybrids resistant to Fusarium wilt and mildew and new concepts such as the door -intraspecific hybrid grafts for easier management of the superior graft and better quality of the final product” says Francesco Loprevite, co-founder and R&D manager of Fenix.

Fenix’s strategy has always been based on working by and with a team passionate about agriculture, sharing company values, respect for people and the environment and teamwork. Today, the team has grown and it also looks beyond national borders. In recent years, in fact, the Catania-based company has been able to establish relationships in 40 EU and extra-EU countries.

In addition to daily activities, Fenix ​​​​supported local social projects and NGOs such as Save the Children, as well as sports team activities such as rugby: which is the expression of discipline, tenacity, strength and great accomplishments that can only be achieved through sacrifice and collective effort. rather than individual. This is the essence of Fenix, these are the first 10 years.

Indore (Madhya Pradesh): Devi Ahilya Vishwavidyalaya, who called applicants – who had scored at least 50 points in the Doctoral Entrance Test (DET)-2019 – for interviews with the Research Advisory Committee (RAC), a gap of two years, said postponed the interview process. Official sources have reported that the interview process has been postponed in view […]

Acor Insights has presented a new report on Global audio interfaces market 2022, forecast to 2028 . This report is the product of a comprehensive analysis of the Audio Interface market trends and forecasts till 2028. This report covers an exhaustive study of the data that affects the market with respect to manufacturers, suppliers, market […]