StoreDot will now begin improving its fast-charging EV battery technology after receiving new funding, worth $80 million. Led by VinFast, a Vietnamese automaker, the Israeli tech company was able to close its last funding round in 2022.

(Photo: Photo by EMMANUEL DUNAND/AFP via Getty Images)
The logo of Israeli startup StoreDot is displayed at the company’s headquarters in the Israeli coastal city of Herziliya on February 16, 2021. – Israeli ultra-fast charging specialists StoreDot have developed a first-generation lithium-ion battery that can rival the filling time of a standard car at the pump.

The giant EV battery developer has confirmed that the accumulated money will be used to improve and complete the mass production scale-up of its fast-charging batteries.

StoreDot also announced that the $80 million funding will go a long way toward R&D (research and development) of its zero-emission car batteries.

According to TechCrunch’s latest report, StoreDot’s latest partnership with VinFast is massive, especially since the automaker is also working with BMW. 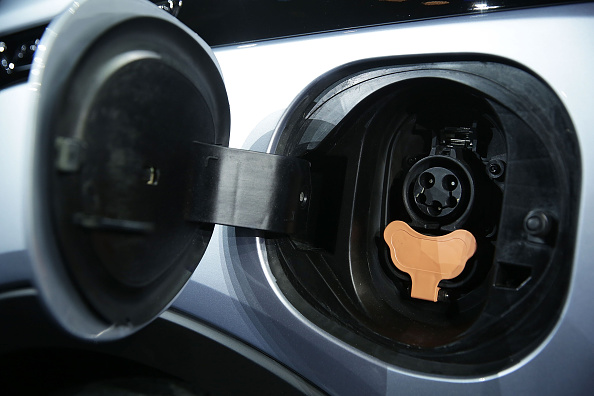 (Photo: Photo by Alex Wong/Getty Images)
The charging port of the new Chevy Bolt EV, an electric car with a range of 200 miles, priced at $30,000, and will go into production this year, is seen after a keynote at CES 2016 at the Westgate Las Vegas Resort & Casino on January 6, 2016 in Las Vegas, Nevada. CES, the world’s largest annual consumer technology show.

The Vietnamese automaker is currently licensing and producing BMW-based vehicles. Besides this car developer, StoreDot was also able to receive assistance from Golden Energy Global Investment for its Series D funding round.

“This round of strategic funding, with lead investors from leading automotive, energy and technology companies, is a huge vote of confidence in StoreDot,” said StoreDot CEO Dr. Doron Myersdorf. .

Besides StoreDot, S&P Global Platts reported that Veolia is also making efforts to improve its own EV battery business.

Based on the company spokesperson’s statement, Veolia is currently building a new electric vehicle battery recycling plant in the UK, specifically in the West Midlands.

Once this new plant is completed, approximately 1,000 tons per year of electric car batteries should be processed by 2024.

In other news, AGC and EyeLights have collaborated to create a new AR Windshield. Meanwhile, Elon Musk has claimed that Tesla Model S is one of his best electric vehicle models.

For more news on EV batteries and other automotive technologies, always keep your tabs open here on TechTimes.

This article belongs to TechTimes

ⓒ 2021 TECHTIMES.com All rights reserved. Do not reproduce without permission.

MarketInsightsReports, a leading global market research company, is pleased to announce its new report on Enterprise content management software Marletforecast for 2022-2027, covering all aspects of the market and providing up-to-date data on current trends. The report covers comprehensive data on emerging trends, market drivers, growth opportunities and restraints that may change the market dynamics […]

New York, United States: the disposable medical masks market research report written by DECISIVE MARKET OVERVIEW examines the numerous market growth potentials and opportunities in the overall market industry based on ongoing investigations and assessments. This analysis also includes future estimates for the years 2021-2027, which are primarily based on substantial market research conducted by […]

WASHINGTON, DC, February 24, 2022 — Today the US Department of Energy (DOE) announced plans to provide $1.5 million for new grants to colleges and universities that are underrepresented in DOE investments in climate, earth, and environmental sciences to help provide technical assistance to build capacity and achieve the goal of broadening institutional participation. “With […]